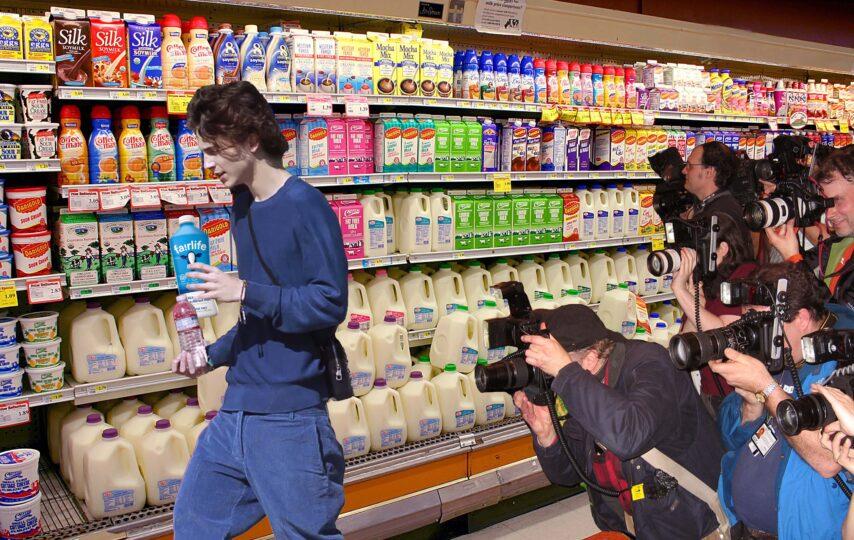 This morning, Timothée Chalamet was spotted outside of his New York City apartment, apparently “on an important mission” to pick up groceries. He walked alone, embodying the “brooding loner” archetype the public has come to love his characters for. “He’s so brave,” Trader Joe’s employee Kari Queen said, wiping tears from her eyes with a handkerchief. “Despite his busy schedule as Hollywood’s brightest rising star, he somehow found the time to make his trip to Trader Joe’s personally, showing how he’s never afraid to mingle with us average joes.”

This wouldn’t be the first time Chalamet has made this trip. On October 24th, he was also seen going to the convenience store wearing a brown overcoat and sunglasses; an outfit that he has worn again today. “Timothée apparently has no qualms about donning the same outfit twice. He’s so humble,” said Queen.

On this previous trip to Trader Joe’s, Chalamet bought a variety of household cleaning supplies. “I was starstruck,” said Geoff Hyneman, the clerk who rang up Chalamet. “I’ll never forget it. He bought two sponges, a latex glove, and rubber bands — probably to attend to some housework. Clearly a man of the people.”

During his most recent outing, however, Chalamet’s fans were more prepared. “This time, I made sure I was there when Timothée needed me. I want to be the clerk he knows he can always depend on. Whether it’s groceries, a back massage, or being the godparent of his babies, I’m there for him,” said Hyneman, after bagging Chalamet’s goods for the second time. “He seemed driven in a way only a Hollywood superstar could be. He had only one thing on his mind: milk, whole. He clearly trusted me to keep his indulgence in whole over skim a secret, despite the unimaginable pressures the public puts on him to keep his body so perfectly scrawny. If he ever hears about this, I want him to know I’ll take that secret to my grave, or my name isn’t Geoff Geohn Hyneman.”

After two recent outings, fans have begun to wonder how Chalamet juggles it all. “How can he be so successful and talented and handsome and still have the time to surprise his adoring fans with a trip to the convenience store?” door greeter Davie Lamborda said. “I can’t handle the pressure anymore. I’m on edge every second, wondering if he’ll walk through the door. One time Natalia Dyer walked in and I almost had a heart attack. I thought it was Timothée.”

“Personally, I love the attention the store is getting,” said Trader Joe’s manager Arya Tomson. “Ever since Timothée came here to buy six gallons of Lysol extra-strength toilet bowl cleaner and a plunger, sales have tripled.”