As the construction of its Eighth College nears completion, UC San Diego’s administration has announced a plan for the university’s ninth college, Ninth College. “We needed Ninth College so we can admit more students,” said Chancellor Pradeep Khosla. “More students means more tuition, and more tuition means another mansion upgrade for me, which is of the utmost importance for this university.”

Despite the administration’s unanimous approval of the new college, the construction has, according to a few, been “extremely difficult.” “The hardest part of building Ninth College is that we have very little unused space on campus,” said lead architect Barood Rawinet. “We already got rid of all the useless parking lots for Sixth and Eighth college, and we predicted that if we got rid of any more parking, the students would revolt. We had to find another way to find space on campus.

“With all the simple options for colleges taken, we turned to the data science department to determine the optimal placement of Ninth College. After numerous surveys of students and a topological survey of the campus, their team decided upon an unconventional solution.” said Rawinet.

Data science professor Sam Pleasant spoke to the process his team went through. “We quickly realized that finding one spot to put the college would be impossible, so we decided to try to break the college up into parts,” said Pleasant. “We then had to determine what was all over campus but never used by students, and very quickly a clear answer emerged: grass.”

Students were quick to protest this decision, organizing rallies and sit-ins on Marshall Field and Sun God lawn. “How dare they take away the things keeping campus green,” said sophomore Lea Vesirit. “Without the grass on campus, we will absorb more sunlight and raise the average temperature, which will contribute to global warming and lead to the inevitable heat death of every student on campus!”

After days of protest, UCSD held a press conference to address student concerns. “I’m not really sure why students are protesting,” said Pleasant. “I took a look at the surveys we did before making the announcement, and nearly 50% of students haven’t touched grass in the last year, while 15% have never touched grass in their lives.”

Later on in the conference, Chancellor Khosla attempted to address students’ environmental concerns. “I agree, the campus is not green enough, and getting rid of the lawns does not help,” said Khosla. “That is why I am introducing my new green initiative. By 2025, all dorm buildings will be painted green, and by 2030, all buildings on campus will be painted green. This should cost a measly 50 million dollars, which of course will be covered by an increase in tuition.”

Some of the students vowed to protest this decision until the bitter end. “We will not abandon the grass, leaving it to die,” said junior Nat Urey. “I’ll live on this grass for the rest of my life if that’s what it takes to keep it alive.” Urey’s protest was cut short 30 minutes later, when he reportedly experienced a mild allergic reaction and had to be taken to the hospital. 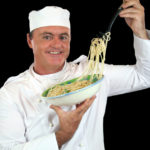 Previous Story:
What is Your Pasta Personality?