“He has so many tattoos, I feel like it would be more special if he didn’t get one of my name,” said Jennifer Dong.
Photo by James Wooley

UCSD student Madison Dong was “shocked, and honestly kind of grossed out” after finding Pete Davidson smoking a cigarette in her kitchen after what the famous comedian described as a “wild bout of coitus” with Madison’s mother, Jennifer. It was revealed at a family dinner later that evening that Davidson started dating Jennifer several weeks earlier, after meeting in line at the local CVS, where he was buying 12 cases of Smartwater.

To prove the seriousness of their relationship, Davidson has since had the name “Jennifer” tattooed across his right collarbone, next to a portrait of Ruth Bader Ginsburg wearing a crown, and the Dong family name done across his lower stomach, below his Shaolin tattoo. When asked about the placement, Davidson explained: “Jennifer’s a queen, RBG was a queen, Shaolin temple is Chinese, Dong is Chinese; I’m very particular about the placement of my tattoos, and I think that these new additions really complete the theme.” It was later revealed that he already has plans to add Madison’s name to his growing list. “I’ve been vocal about being taken more seriously in the media, and what’s more serious than getting a name inked across your neck?” Davidson asked.

Madison is less thrilled about the arrangement, and said, “I’ve been trying to avoid news about him for ages, and now he lives with me. I’m pretty sure Buzzfeed dressed an intern in school clothes and had them tail me onto the bus.” Madison expressed further frustration with the onslaught of media attention, addressing recent ominous tweets made by Kanye West, including a string of future dates followed by the words “DEATH DOOM DESPAIR.”

“Seriously, why is this guy so interesting to the public? All he does is fuck my mom and cry after comedy shows. He keeps trying to do ‘normal dad-type shit’ which draws paparazzi like flies. Why does Vogue care about how terrible I am at catch? Last week, someone asked me if I dropped that baseball because I ‘lack a traditionally masculine father figure.’ It’s not his fault I was born with limp wrists.”

Since his relationship with Jennifer began, Davidson has been very open about his love life. During an interview with late-night host Jimmy Falldown, he explained in jarring and occasionally unairable detail the particulars of their relationship. “Since dating Kim [Kardashian], I’ve really begun to appreciate the wisdom and experience of older women. She was only 13 years my senior, and still taught me so much. Jennifer is 27 years older, and truly, I’ve never felt such mental clarity.”

Describing the perks of living with such a celebrity, Madison said, “I guess the free tickets are nice. My friends and I like to go laugh at him on Saturday nights. I also get to hide in the bunker when their bedroom gets too loud. Pete had it built to withstand the force of 10,000 Yeezys, and the Donda album playing on full blast.”

Without a doubt, the Dongs’ relationship with Davidson has changed their lives, and the media watches eagerly to see what the star will do next. 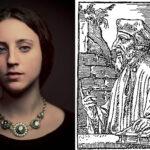 Next Story:
I Think I’ll Be a Witch for Halloween This Year vs. Thou Art a Wretched Sinner, Utterly Unworthy of God’s Love