I saw a rainbow in the sky yesterday, right in between a cloud and a patch of blue, and I’m not saying I have a problem with it — rainbows are allowed to exist, you know, of course — but do they have to be in my face about it? Rainbows can be in places like San Francisco, no problem, it’s their personal business, but that place is so foggy, it’s like it’s made for them. But they should stay there and not come barging into my sweet little neighborhood — we never had this sort of thing before. It’s bad enough we have rain sometimes without acting as if that’s a good thing. This is a nice decent sunny area, which should have blue skies, the occasional fluffy white cloud, and advertising blimps.

Rainbows are just so brazen — what if my children saw it? How am I supposed to explain atmospheric conditions to them? What if they decided multi-hued life was the way to go, and stopped respecting my normal monochrome approach? I don’t really understand it, I don’t get rainbows, and I just think my kids shouldn’t have to see things like that until they’re older. It’s not like that was ever covered in my high school curriculum, nobody thought things of that sort were necessary for us back then — you have to teach kids to abstain from that stuff. Just say no to the pot of gold at the end of the rainbow and all that. No other method is 100-percent effective. I simply don’t want my little darlings going anywhere near rainbows — they’re all misty and colorful and who knows what’s in that? They could turn into leprechauns and die!

And look, I’m not unreasonable — my kids can study this kind of stuff in college if they really want to. People explore all sorts of ridiculous radical ideas there that no one cares about in the real world. Still, I hope they choose something more sensible and normal. I’m thinking maybe Egyptology or theoretical physics.

I’m not into political stuff like that showing up in my neighborhood is all. I have a Constitutionally-guaranteed right to my opinion, and my opinion is that the weathermen should stop putting rainbows in the skies by my house. This is propaganda from the Weathermen’s Union, and I won’t stand for it! I’m going to start a petition. If all my neighbors sign it, maybe the government will put up something in the sky to protect us. Like a wall. 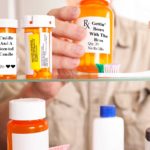 Next Story:
FDA Approves Dave’s Thursday Night Plans to “Hang with the Guys”