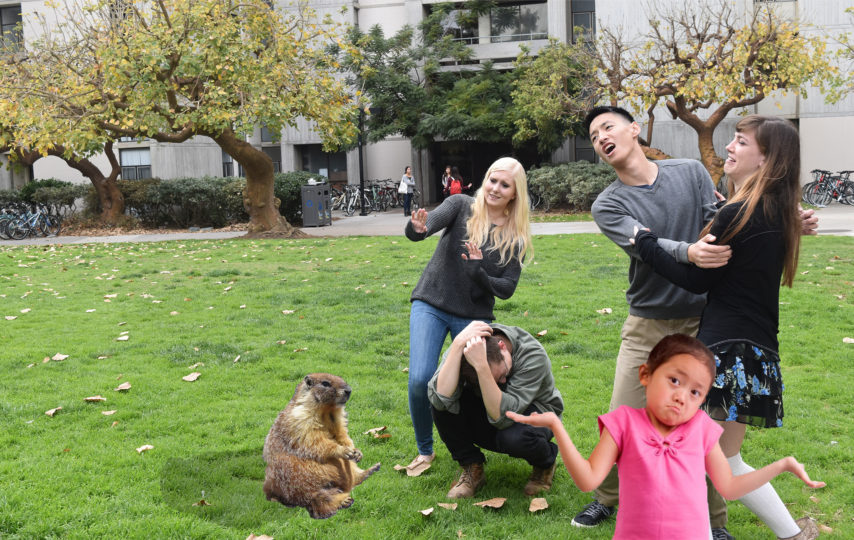 A large gathering of people witnessed the blood red shadow of a groundhog, on Feb. 2, 2016, which they believe prophesizes “the end of days.” Feb. 2 holds a ceremonial event for many eastern Americans, the prediction of the seasons by a peculiar woodland creature. Known as the “Groundhog,” this animal is revered among many to hold the mystical ability to determine the approach of spring by the alignment of the sun in the sky at exactly 7:25 in the morning.

By fixing its gaze at its shadow, it communicates its prophecy; either spring has begun or the world must endure six more weeks of winter. Over the years, participants in the ceremony named the creature Punxsutawney Phil, after the location of the animal’s inhabitance. Traditionally, the ritual does not hold too much importance to American culture. However, this past ceremony will be recorded as the ushering of the rapture.

On Feb. 2, 2016, Punxsutawney Phil saw his shadow. However, according to onlookers, at exactly 7:25 a.m., the sky faded into a deep crimson, coloring the animal’s shadow a deep blood red.

“Suddenly, a piercing chant emitted from the animal’s mouth, sounding almost of pig latin. It was AMAZING,” stated Phil Murray, an eight-year-old witness to the event. “Like the red thing was like 15 feet long! And mommy said something about the o-caplyse-ow-asp, or something.”

Scholars believe this to be an invocation for the upcoming apocalypse. Right when the creature scurried into its den, reports of a loud trumpet noise originating from the sky were cited around the world.

“Then fire quickly began to surround the area, destroying up to a third of the town’s beautiful greenery” says witness Rita MacDowell. While the event was quickly blamed on local teenage antics, theologists and meteorologists think differently.

According to San Diego’s premier doomsday predictors, the specific nature of this event will usher in six weeks of the apocalypse. Researchers found within the book of Revelations that the “trumpets of five more angels will usher in each week with a new catastrophic event.” According to other predictions, exactly a third of the oceans will be destroyed, and a third of rivers and irrigation will be poisoned. On the fifth week locusts and other bugs will destroy the earth’s agriculture and finally the fall of humanity will come on the sixth week’s trumpet call. However, we can expect a sunny and warm spring afterwards.

Devout followers to Punxsutawney Phil also point to previous signs of the six-week apocalypse as proof of the prediction. In January, obvious signs of a higher power’s wrath were reportedly apparent to some. The world was taken aback by several weather abnormalities. The east coast reached a record breaking heat, immediately followed by a blizzard this winter, which some see as a possible “end of the world.”

Meanwhile some of the most tranquil and beach-side locations, such as San Diego, were plagued with heavy downfall of rain and flash flooding, mostly unheard of for its residents. Even a tornado warning was sent to La Jolla due to the extreme winds across the ocean. In the far north of Alaska, witnesses claim to have experienced a full 24 hours of darkness, believing the sun “left the sky in fear.”

Small communities in Kansas believe that the moon has moved from its current location by 24 mm. These occurrences, along with many others, are believed by many to be an ushering of something greater and more powerful than anyone can imagine. 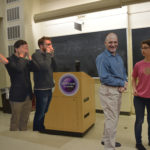