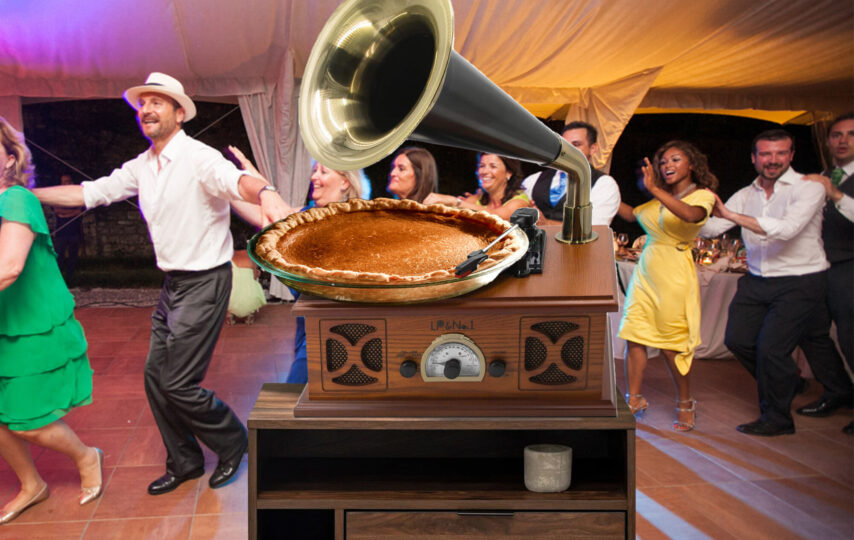 “I’m so glad I have something to play loudly during dinner so I don’t have to talk to my family,” said Thanksgiving music enthusiast Davide Strallman.
Photo by James Woolley

On a brisk October night, a group of anthropologists in Iowa unearthed a collection of records hidden in the attic of an abandoned house. “When we first found the records, we were worried we wouldn’t be able to find a record player to listen to them,” said Professor Archibald McNumpty. “Luckily, three of my grad students are ‘hipsters,’ so we had our choice of players to listen from. As we listened to the music, we found a common theme across the songs: Thanksgiving.”

When listening to the rediscovered music, McNumpty noticed a name that kept appearing at the start of songs: Jimothy Stravinskonskiwitch. “Jimothy would always announce his name before he started to sing,” said McNumpty. “We think it was because Jimothy did not want anyone to steal his music and pass it off as their own. He was probably right to do so, ’cause I can’t even remember who first sang ‘Rudolph, the Red-Nosed Reindeer.’”

The music that McNumpty’s team rediscovered was released to the public two weeks before Thanksgiving. Immediately following the release, Stravinskonskiwitch’s song “Rocking Around the Carved Turkey” hit number one on the charts, with “Potato Mash” rising to the number three spot.
However, not everyone approved of the messages contained within Stravinskonskiwitch’s music. Several large protests were held across the country, calling for the banning of all Thanksgiving music. “It’s corrupting our youth with its horrendous ideals,” said Amy Leanright. “Filling their minds with stupid thoughts like, ‘we all deserve happiness and equality,’ and, ‘money can’t buy happiness, but friendship can.’ These ridiculous thoughts are ruining the children. Mine asked why I was so excited for Black Friday when I could be using my hard-earned millions to help the less fortunate. Guess who’s getting coal for Christmas this year, the little twerp.”

While some people disliked Stravinskonskiwitch’s message, others disliked his music for displacing other holiday music. “Honestly, from September to January, there is only one type of music people should be listening to: Christmas music,” said singer Mariah Carey. “I’m so furious that anyone could think their lame holiday deserves music when Christmas is almost here. All I want for Christmas is Archibald McNumpty’s head on a silver platter.”