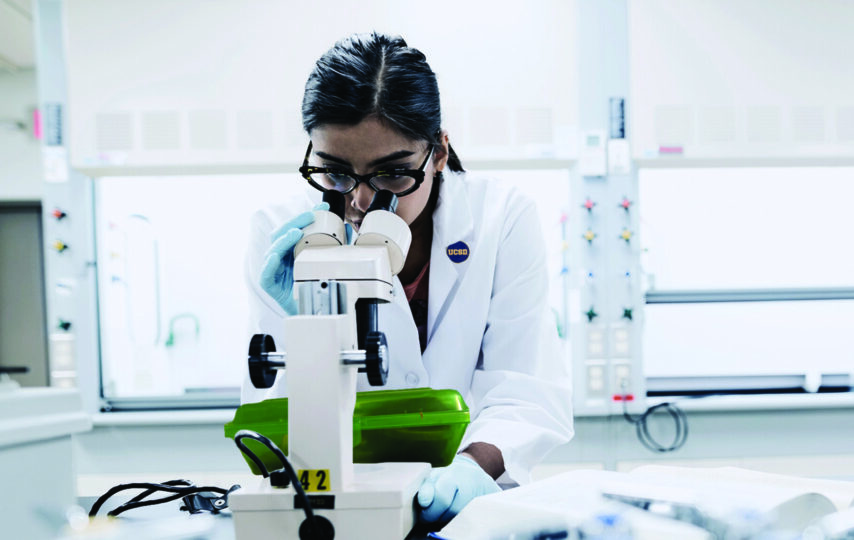 “When they said UCSD had a weird culture, this is not what I thought they meant,” said Wheatthins.
Photo by Romella Sagatelian

Last week, HDH announced that students would be able to acquire last-minute, homemade Christmas presents at an affordable price. These presents would only cost five dollars and could conveniently be picked up at any UCSD dining hall. A consultant hired to help improve HDH, Hubert Jar, came up with the idea after a visit from Chancellor Pradeep Khosla. “Khosla wishes the best for his students and understands that many college students are in debt and unable to buy anything nice as Christmas presents. I immediately set out to find an affordable option that students could give their loved ones without seeming cheap.”

“I was struggling to find an appropriate gift that was within UCSD’s price guidelines when inspiration struck,” said Jar. “A manager at a dining hall was complaining about always finding mold and other bacteria inside the Triton2Go containers, and not having enough staff members to properly clean the boxes. I knew then what I had to do.”
HDH began selling the boxes of bacteria as part of their “Future Biologist Kit.” The kit came with two Petri dishes, as well as a lab manual instructing recipients how to encourage the bacteria’s growth and observe them.

“Being a pre-med student and Microbiology major, I thought it’d just make the most sense to buy this to give to my little sister so she could be just like me and grow mold in the corner of her closet,” said fifth-year transfer student Sandra Boot. “When I first opened the box to see if it was any good, I was surprised to see lots of black mold, fungi, and mushrooms already forming! Just shows how much HDH values the future of biology by keeping them dirty to help us out with research.”
As a result of the immense demand for Future Biologist Kits, Jar took action to stop washing the Triton2Go boxes altogether. As a result, UCSD’s dining halls are busier than ever, with no clean boxes in sight.

“I love that I don’t need to lie to the customers anymore about washing these boxes,” said dining hall employee Cedrick Marg. “We’ve gotten rid of the dishroom shift altogether. It’s a great life, being so honest and free. Plus I have time to do other things now that my job isn’t consuming every spare minute of my existence. The other day I saw the sun for the first time in three months and cried.”

Although many students are purchasing this new addition to dining hall menus, not everybody is enthused about the change. Many students have rallied together to ban Triton2Go boxes altogether, as they have caused serious issues with food and air quality within the dining halls.
“I think all Triton2Go boxes have got to go!” said freshman Oliver Wheatthins. “Every time I bring food home for dinner, I end up getting food poisoning. Sure, I’ve lost 50 pounds, but I was trying to bulk up for the harsh San Diego winters.”

In the weeks following the initiation of this new program, students received a message from HDH through the mobile ordering app. “Please remember to return your Triton2Go boxes to your nearest dining hall in a timely manner,” said the message. “Supply of containers is limited, so it is important that you clean out any mold, fungi, and cultures of rare bacteria, because we won’t.”