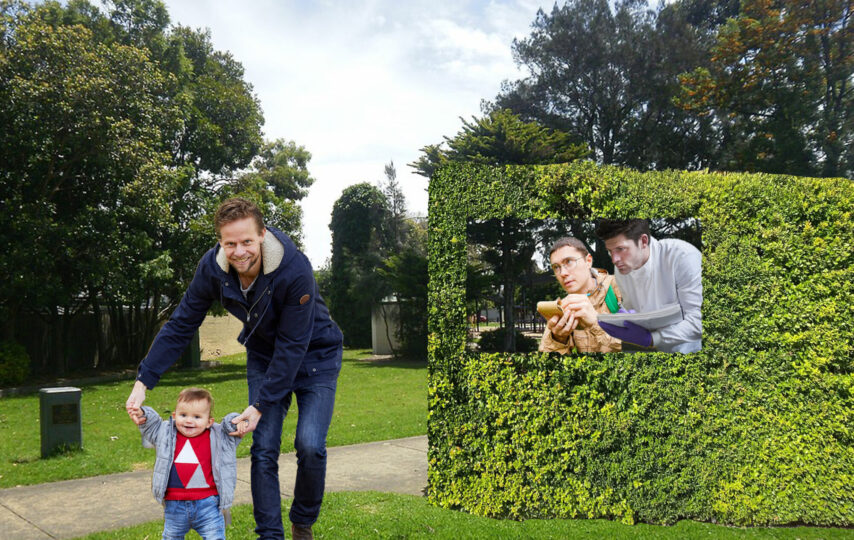 “This project has fathered many other studies,” said Simgod Friend.
Photo by James Woolley

Following the reveal of the Human Milk Institute, UCSD announced the Human Observation to Deconstruct Attraction During DILF Years (HOTDADDY) program, a research program targeted at the intersection between human sexuality and fatherhood. HOTDADDY aims to study sexual attraction and determine the psychological reasoning behind attraction to older men with children, known professionally as the “DILF phenomenon.”

Licensed psychologist Sigmoid Fruid explained the idea behind the DILF phenomenon. “It’s a fascinating facet of human attraction, often defined by an individual’s sexual attraction to fathers and middle-aged men,” Fruid said. “Most puzzlingly, many of these individuals are childless and uninterested in having children. Some of my colleagues debate whether DILF interest arises from the absence of a stable father figure earlier in life, but I think it runs deeper. I believe that the current ennui of the Western model of nuclear childhood has led to inescapable, yet widely shamed, attraction to DILFs across the United States. Such attraction is merely human nature in our current society.” Fruid’s client, who came in during the interview and asked to not be named for privacy reasons, disagreed with Fruid. “I don’t think it’s that complicated. I had a loving father growing up, and I’m into DILFs. They’re hot and dreamy and take responsibility for their actions. Who doesn’t love that in a man?”

Researcher Simgod Friend, speaking from behind multiple masks to obscure his face, announced the formation of HOTDADDY by email less than 24 hours after the Human Milk Institute announced its partnership with Mother-Milk-Infant Center of Researcher Excellence (MOMI CORE). Friend said that the announcement coincided with “extreme demands” from students, staff, and the general public. “The HOTDADDY program was already in progress when we announced the HMI partnership with MOMI CORE,” Friend said. “Based on student response to MOMI CORE and the Human Milk Institute, we’re hoping for a big turnout when we open official studies. I’m excited to hear in depth about how people are attracted to fathers and father figures everywhere.”

Chancellor Khosla also weighed in on HOTDADDY’s announcement. “We believe that understanding sexuality is an essential part of manipulating our students into attending events no one cares about by promising that attractive men will be there. Wait, sorry, that wasn’t on the record,” Khosla said. “Let me try that again. Understanding sexuality is an important aspect of Diversity, Equity, and Inclusion. We hope that all students, staff members, and the broader community will feel comfortable engaging with both HOTDADDY and MOMI CORE going forward, so that the entire UCSD community can feel represented in our research.”

Students soon voiced their opinions on HOTDADDY. Third-year Ilek Bigmin expressed his excitement about the new research program. “I never thought I’d see the day UCSD would represent my sexual interests so perfectly, even though they still ignore LGBTQIA+ student concerns,” Bigmin said. “On this topic alone, I feel seen for the first time!” However, another student, first-year Iminta Wemin, was considerably more critical of the announcements. “MOMI CORE is focused on the molecular components of human milk, and HOTDADDY is focused on DILFs. I don’t want kids! Where’s the love for childless, mean women who would commit murder if it got them ahead? The love for women who own not one, but five knives?” Wemin then climbed atop a table in the middle of Price Center West with a handmade poster and shouted, “Down with MOMI CORE! Down with HOTDADDY! Up with KNIFEWIFE!”

Chancellor Khosla later clarified by email that UCSD is “an institution dedicated to serving our students” and reminded all students that “murder is not tolerated at UCSD, even by MILFs.”