Angry Local Politician Hates American Education System, But Not for the Same Reasons as Everyone Else 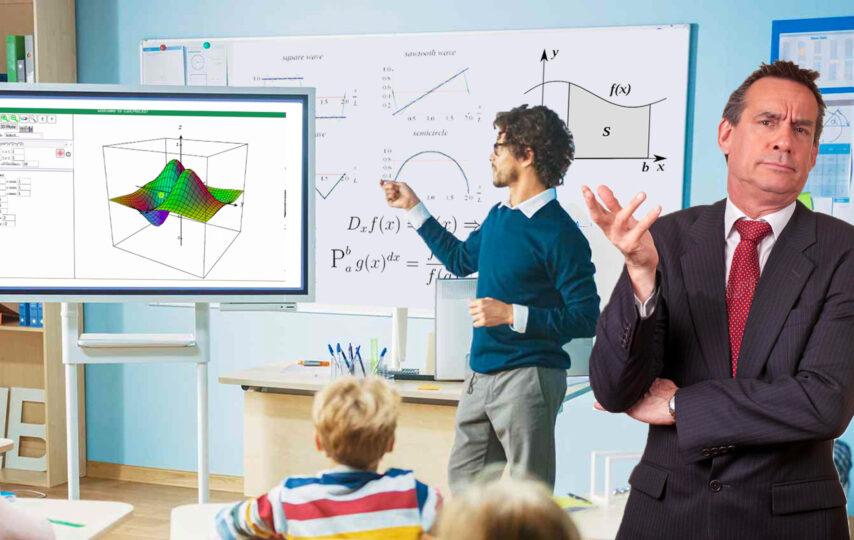 “I want you to grind really hard,” said Jerome Powell, chair of the Federal Reserve.
Photo by Maria Dhilla

On October 3rd, Florida state representative Glenn Miller introduced a bill in the House of Representatives. The bill, formally titled the Education Reformation Act, contains a variety of plans, including reductions to public school budgets, higher taxation on educational materials such as textbooks, and the removal of many “unnecessary” structures in many public high schools and colleges across the country. In the bill, Miller deems cafeterias, auditoriums, and gymnasiums to be among such structures. But many academics, such as Professor Corley Wallace, criticized the bill as “reductive” and “harmful to the vast majority of Americans who rely on an already strained public school system.”

“Miller intends to take the shambles of our educational system and stick it in a garbage disposal,” Wallace stated. “When most politicians were focused on the best way to improve our schools, Miller has found the hill he wants to die on: America’s greatest enemy is education itself.”

In an interview with Fox News, Miller explained the logic behind the bill. “When I look out into the American political scene, I see problem after problem. There is a great schism between the Left and the Right, racial tensions are increasing nationwide, and false information is everywhere. And after a lot of mulling it over, I found the issue: overeducation.” While many Americans regard education as a generally positive thing, Miller reminisced on the past, when “people were happier,” and credited that happiness to lower levels of educational attainment. “Back when I was a kid, only a few people got to go to college. And that was good. Now that everyone can go, everyone is just too … involved. Too aware. And that makes people sad. We should make America great again: back when only some of us went to college and everyone was happier.”

Daily Wire correspondent Benny Goodman went to Twitter to voice his approval, saying, “Miller is obviously correct. That’s why kids are so happy! They don’t have to think about the sociopolitical situation in America, they just shove crayons up their noses and sniff glue. Babies aren’t born understanding systemic violence, they’re taught it!”

Many people took to the streets to protest the bill. Students and parents alike argued that the reforms were more harmful than helpful. Demonstrators held signs with slogans like “Go Away Glenn,” “This isn’t what we meant when we said the American education system was problematic!” and “This is giving big ‘couldn’t pass my chemistry class’ energy.” In response, the local Vons and 7-Eleven declared a state of emergency. A protester tweeted a picture with a sign reading “What next? Turn schools into golf courses — prime real estate!” which Miller retweeted with the caption, “This guy gets it!”

In response to increased protests, Goodman went on his show, The Benny Goodman Show, and claimed that most of the protesters were “thumb-shaped young women coping with the fact that they’re underloved, overeducated millennials with no Bumble matches” and that “if they didn’t read the news or attend that Critical Gender Studies 100A class, they would care about more important issues, not all this ‘rights’ and ‘civil liberties’ crap.”

Miller declined to make further comments on the situation. However, an insider leaked that Miller’s next big step focuses on solving overeducation for already-educated individuals. His main idea is a really big brick to the head.