There’s No Ethical Consumption Under Capitalism vs. Hey, That’s My Lasagna! 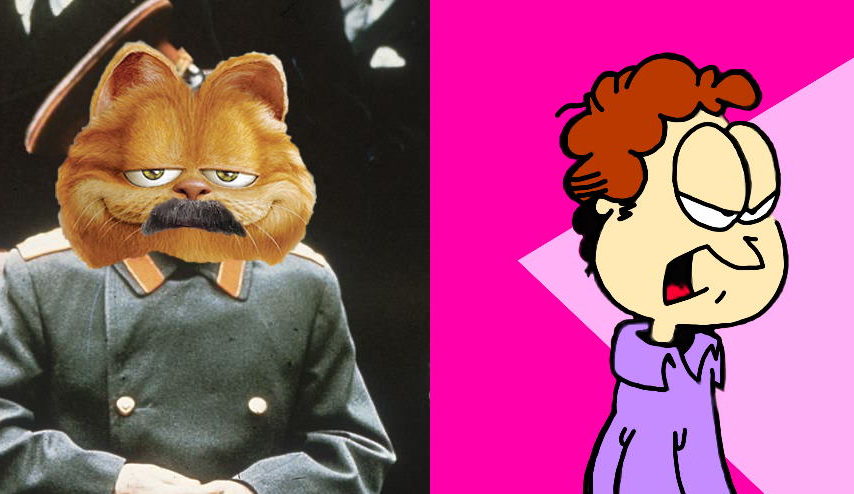 There’s No Ethical Consumption Under Capitalism

I’m sorry Jon, but suggesting that the social grievances brought on by our capitalist-dominated society can be reformed through “ethical” consumer habits sounds like a bunch of oxymoronic bourgeois nonsense. But I’m not surprised to hear that from a pathetic, liberal, middle-class White boy like yourself, who is so obviously oblivious to the incessant and avaricious indoctrination promulgated by the wealthy ruling class. I can’t blame you. We are all susceptible to corporate pawpaganda — except clever cats like me, of course. Maybe after I teach you the most rudimentary fundamentals of Marxism Leninism, you’ll have some thing to actually care about besides organizing your stupid sock drawer. Heck, I was able to teach Odie about dialectical materialist theory, and he’s far from being the sharpest sickle in the shed.

I recommend that you start by reading The Conquest of Lasagna or The Pawmunist Manifesto. Then, you, along with my army of proletarian felines and canines, will seize the means of production — especially if those means can produce pepperoni pizzas, fish tacos, chocolate cake, or really anything food-related. This seizure won’t be an easy one, due to the sheer amount of wealth the aristocats have. But what we lack in wealth, we will make up for in numbers.

The felines and canines of the world must unite! Revolutionary action is the only way to liberate us from our collective struggle, and all we have to lose is our collars. We must act now!

Actually, we’ll act right after I finish my class-conscious catnap. And wait, is that a fresh hot lasagna I smell? I’m sure no one minds if I have a little bite. In any case, there’s no ethical consumption under capitalism! Gulp

GARFIELD! Did you just eat the entire tray of lasagna I prepared? That was supposed to be for my dinner date with Liz tonight! God, what am I supposed to do now? Oh, don’t you try to walk away from me, Garfield. Now, I’m going to have to give you one “revolutionary” lecture.

I don’t understand half of the things you say to me, Garfield. That’s mostly because you’re a cat, but also because I don’t think “there’s no ethical consumption under capitalism” means you can just do whatever you want. Just this week, you’ve eaten all of Odie’s dog food, destroyed all of my precious ferns, bitten the mailman twice, and pipe-bombed the Girl Scouts into giving you some conciliatory cookies, all because of your newfound anti-capitalist ideology.

Not to mention, the cost of your eating habits has left me buried in credit card debt, and I’ve had to reverse mortgage the house. And let’s not forget that you’re supposed to be sticking to that diet Liz recommended you. But you refuse to try to follow it because of “capitalist-driven, culturallyenforced systemic, economic, and social inequality?”

All I’m saying, Garfield, is that even under capitalism, you should still try to behave ethically, which includes being nice to Nermal when he’s around. Now, why don’t you come with Liz and I to poach elephants in our brand-new Model Y? 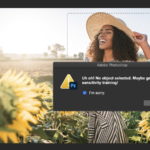 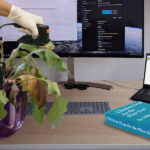 Next Story:
April Fool! This Student Has Been Trying to Nurse a Dead Plant Back to Life for the Past Three Months

Clock into the Joke Factory by joining our Discord. 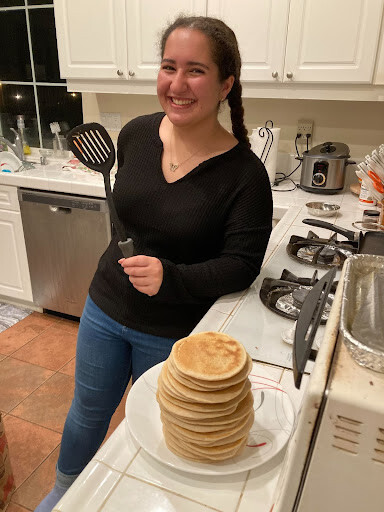 Hot Takes and Hotcakes since 1988. 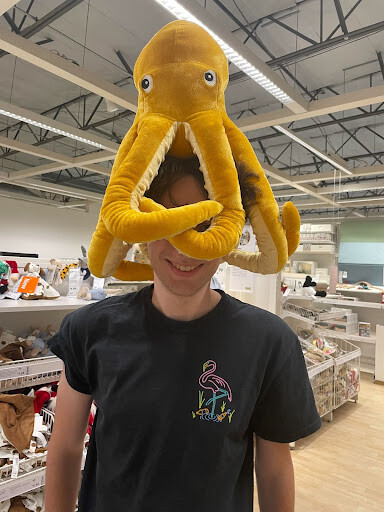