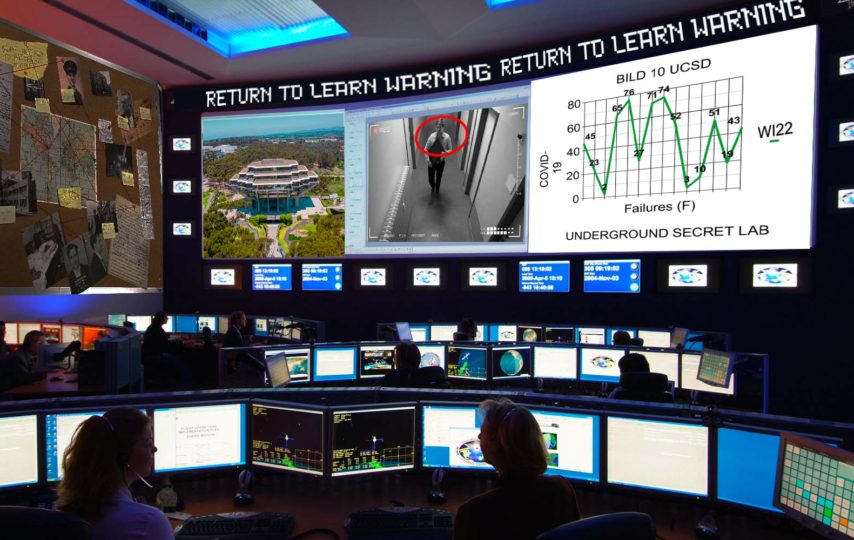 “I didn’t think the deep state or my grades could sink so low,” said Klein.
Photo by Maria Dhilla

Jake Klein, a sophomore in Seventh College, spends most of his day in front of his computer. In addition to attending his online classes for the first part of winter quarter, Klein is extensively active on social media sites, promoting conspiracy theories relating to the COVID-19 pandemic. His most viral theory so far is his hypothesis that the COVID-19 pandemic was created for one sole purpose: to get on his nerves.

“I really sat down and got to thinking … you know, everything happens for a reason, said Klein. “This ‘pandemic’ has changed the way all of us live our lives, and we’re just supposed to believe that this all just happened by accident? Cuz some guy got too close to a puddle of bat shit? Come on, man. There has to have been some reason, some agenda behind it. And I know what it was. THEY wanted me to do online school for the first month of winter quarter 2022.”

Klein began anonymously promoting his conspiracy theories on 4chan. He then moved to Reddit, where a specific subreddit was created to share his theories that the coronavirus was deliberately created by a “shadowy cabal” in order to push UCSD classes onto Zoom. The subreddit, known as r/ khoslavirus, became one of the top five most popular in the San Diego area. Klein then migrated to Facebook, where he obtained a substantial following among elderly internet users.

“It’s been kinda tough,” said Katie Holmes, a 23-year-old Chik-Fil-A employee in Ashland, Kansas, “I came home one day, and my grandma was scrolling Facebook and babbling about how the pandemic was created to make these people in San Diego take their BILD 10 class over the internet.” Holmes’s 89 year old grandmother, BettyLouise-Millie-Jean, said, “I knew for a long time that there was something fishy about this whole pandemic thing. Now I know what it is! I spend about 10 hours a day on Facebook reading all of Mr. Klein’s research about this plandemic.”

“This shit was engineered in a lab to drive me insane.” said Klein. “People say that the pandemic was created artificially so they could microchip all of us, as if the CIA even gives a shit about that. Like no one wants to track you, all you do is sit and play League of Legends and talk about cryptocurrency, both of which you’re mediocre at. The CIA are after something far more important than global mind control: irritating me personally.” UCSD psychology professor Dr. Calvin Coolidge Cornbluth opined that Klein is “based and solipsismpilled.” Cornbluth added, “This guy seems like a chill slatt. He is not a gump fr and I fuxxk with his nunnery.”

After his research assistant entered the room to turn him off and turn him back on again, Dr. Cornbluth began speaking in conventional English. “I think we have entered an era in which we are so self-absorbed that every inconvenience seems designed to irritate us personally. But sometimes shit just happens. Like once, I was lying on the corner of Harbor and Laurel, and a grand piano fell out of an airplane cargo hold. One of the legs of the grand piano landed on me and crushed my testicles, so I can’t have kids anymore.”

“Fate is cruel and life is capricious. Things happen to us for no reason at all.” said Cornbluth. “Sometimes, all we are is an unsuspecting pair of testicles at the airport, dude.” 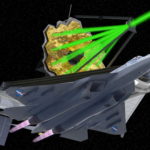 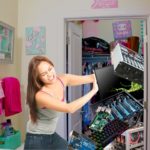