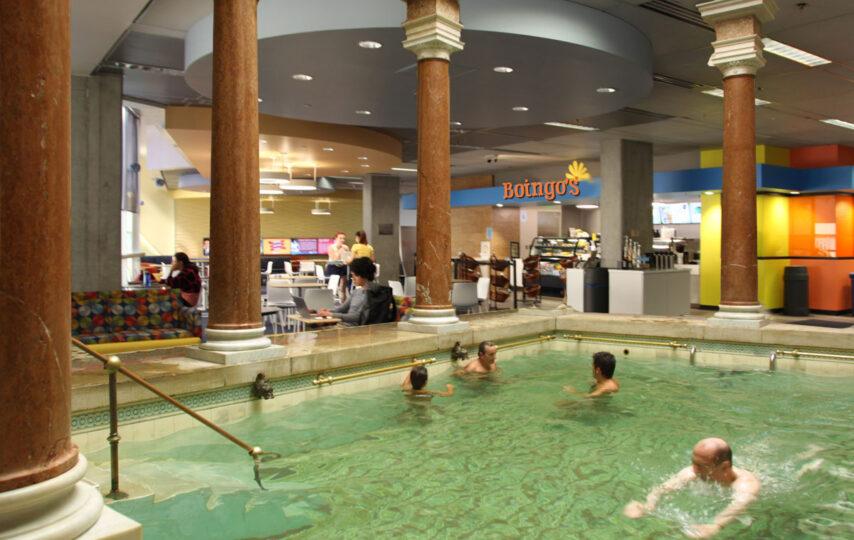 “I want you to grind really hard,” said Jerome Powell, chair of the Federal Reserve.
Photo by Sharon Roth

The previous motto of UC San Diego, “Plagiarize and meet your demise,” has been replaced with a surprisingly tolerant response to boldfaced cheating: the establishment of a new “Anti Piracy Piracy Club” on campus. Vice Chancellor Eddy Poss describes this as a “groundbreaking” shift in the moral makeup of 21st-century universities. He continued: “These days, having academic integrity is like Latin. It’s good for getting the girl, but only relevant when roleplaying Dead Poets Society — and this is a state-sponsored school!”

Additionally, an increase in the frequency of university briberies has been suspected in light of recent sightings of military planes above Geisel and Galbraith. Students have speculated that some university officials have made a “blood oath” with the Air Force to trade free lunches at Café Ventanas for fighter jets rides to Pacific Beach. Vice Chancellor Poss, who identifies with the love language of “gift giving,” posited, “Free thinkers like myself are the Adam Levines of academia. We are the one blue fish out of every five maroon fish.”

The Anti Piracy Piracy Club has been active in student outreach. A jaded third-year engineering student, who goes by “CACTUS” and speaks fondly about plagiarism on Twitter, was “surprised to see” that the official UC San Diego Twitter account retweeted his post: “Nothing like the joy of copy-pasting the Dada Manifesto for my GE writing requirement final.” CACTUS later received an email from the Anti Piracy Piracy Club, inviting him to the grand opening of “Boingo’s Bathhouse,” a Roman-style spa located near KSDT. When CACTUS arrived at the “Ancient Student Center,” he was intercepted by a golf cart that had been fashioned into a chariot with a sunset lamp projected from its ceiling, held together by a thin strand of lanyard string. Another student in attendance, a philosophy major, was shocked by the orientation that followed their admission into Boingo’s. She recalled, “Once the group entered the bathhouse, we quickly realized we were being initiated into a selective program consisting of the top one percent of cheaters at the home of the Tritons. We were given oodles of free merch, personality tests, tarot readings, and even a performance by a local clown named Morrisey.”

Vice Chancellor Poss was “selective” in his comments about the event. In recent weeks, laid-off Student Well Being mentors from the now-defunct Student Resources Office emailed Poss for a comment regarding their sudden dismissals. Poss responded by sending each of them a 50% off coupon for Bath and Body Works and a rotisserie chicken airlifted from the La Jolla Village Square Ralphs by an attack helicopter. Film majors speculated that the gesture could have been inspired by the 2010 film Easy A, a reference to Top Gun: Maverick. Following Poss’ “attempted bribery,” Eleanor Roosevelt College’s MMW sequence decided to forfeit strict curriculum, instead implementing a “historical LARPing” final where students must embody a historical item or event (such as three contrasting bibles or a stone tablet in cuneiform), or a representation of their mascot Jamal for a lecture hall of over 500 students.

To put your name on the list for bathhouse access, students can enroll in the planned “Socratic Seminar” for Winter Quarter, and place an offering into the Chancellor’s cornucopia.