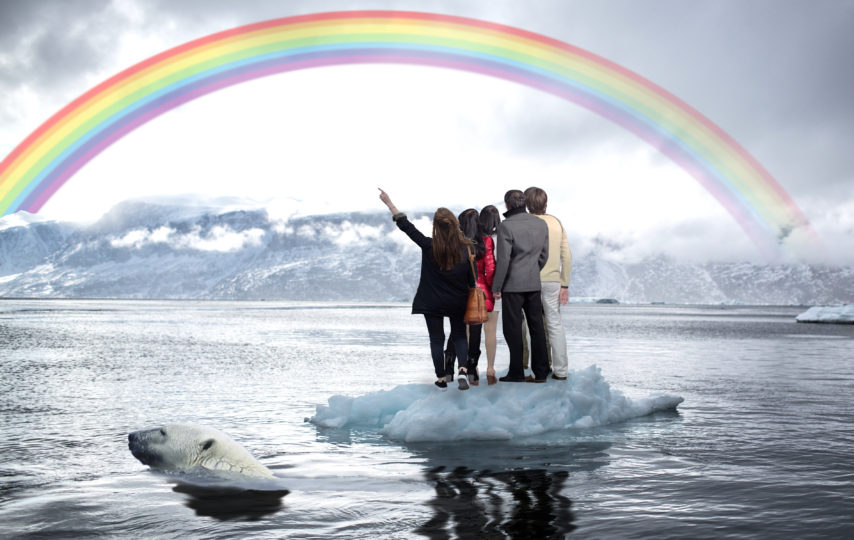 Area environmental scientists asked Matthew Baker, a local climate change denier and activist, for proof during a debate on the existence of climate change and humanity’s role in it on Monday. Baker pointed to the image of a rainbow that he was using as the background for all his slides, and said, “Humans have nothing to worry about! God promised to never flood the earth again.” The opposing side of the debate remained unconvinced.

The annual discussion on global warming and climate change, hosted by the San Diego Community Creationists’ Society, was widely attended this year, following several church congregations offering salvation bonus points and college classes offering extra credit for attending. A poll of the audience following the debate showed a fairly even split between those agreeing with the statement “global mean temperature has risen since 1800, and human activity has contributed to this increase” and those agreeing that “global temperatures have naturally fluctuated for thousands of years, and God will rapture all the good people in the next few years so none of this matters anyway.”

When asked about his viewpoint after the debate, Baker reasserted that the biblical story of Noah and the great flood was completely true, and that while it provided a warning to “fornicators,” it also meant that God would never allow another flood because of his promise.

“It says right there in Genesis, ‘Never again will I curse the ground because of humans,’” Baker said. “All these quote unquote scientists are pretending that there’s a danger of global water levels rising. My take? Not gonna happen. And I only need two numbers to prove that: eight and 21.”

Amy Stevenson, Baker’s opposition in the event and a Christian herself, said in the debate that the biblical story of Noah could be metaphorical.

“The overwhelming evidence for human-caused climate change by no means contradicts God’s sovereignty,” Baker claimed. “On the contrary, studying what humans have done to God’s creation can help us reverse those effects and preserve it.” Baker laughed at this and responded that God had clearly closed Stevenson’s eyes and ears on this issue, and that he would be praying for her.

Baker argued further that other effects of climate change, such as increasing ocean toxicity, were merely examples of God’s will being carried out rather than human influence.

“God has a plan for all of us,” Baker asserted, “and if that plan includes the sea becoming lifeless and the earth a scorching desert, then clearly God has his reasons. The only ‘man-made’ part of all of this is the inevitable unspeakable sins of our posterity that clearly justified God punishing them by having them born into Hell on Earth.”

When later questioned why God would condemn sinners before they have sinned, Baker merely shrugged his shoulders, saying, “That’s just the mystery of faith!” He then lit a prayer candle to prove a point about how slash-and-burn agriculture had no effect on the environment.

At press time, Baker was engaged in a heated discussion with a local humanitarian charity representative, arguing that if homeless people just had enough faith, their needs would be provided for by God. 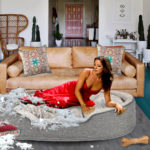 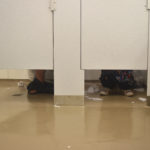 Next Story:
Area Men in “Stall Standoff” as Both Refuse to Poop Until the Other Leaves Restroom