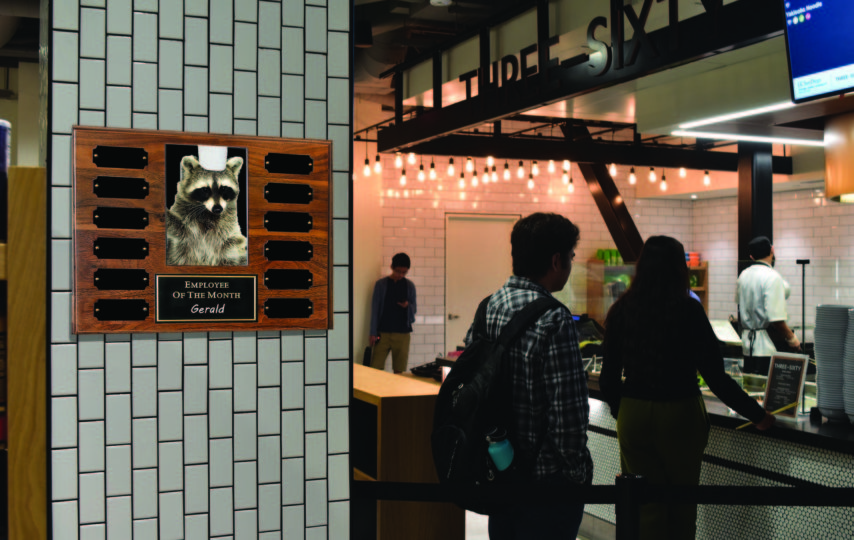 Despite concerns that the new food being served would be contaminated by rabies, various Warren students said that had always been a concern.
Photo by Jack Yang

The reopening of Warren College’s Canyon Vista dining hall came to a halt Sunday, October 13, when what one Literature major described as an “alarmingly adorable platoon of raccoons” charged into the building. Despite students eagerly awaiting its arrival for nearly six months, the dining hall now stands empty of students and full of critters. In hopes of reclaiming the dining hall, Warren college students have offered all they have, including stale donuts, spare garbage, and a flock of narcissistic engineering students.

“It happened the very first day, I remember being in line for that sweet succulent fusion grill food. I was ready for the restaurant-quality food of HDH’s latest gourmet creation to finally reach my tongue,” said Andrew Lanes, a student living in the Warren apartments. “Suddenly we saw this black mass charging the door. At first I thought maybe the sun had finally burned out, but then I realized the mass was furry and striped and it broke through the door and started destroying everything! The whole dining hall became a raccoon fast food restaurant. I swear one of them started trying to take my order. And they’re probably not even paying him minimum wage.” The raccoons were reportedly wearing tiny army hats, with a singular raccoon wearing a battered general hat. “Seriously. I’ve never seen them run this fast before,” a nearby RA had commented. “Even the free donuts didn’t move their legs as fast as those raccoons did.”

The majority of students escaped unharmed, but junior Janet Clarkson was “tragically lost in the flurry of black and white.” According to her roommates, she was an Environmental Systems major, and may have thrown herself into the fray on purpose. Others have stated they’ve caught sight of her prowling around the space, acting as a manager to the raccoons. “She did always say she loved the raccoons. She’d call them her second family, which is pretty weird in hindsight,” said her roommate. “She said she wanted to participate in their ecosystem or something like that. Even the whole idea of having to eat trash for the rest of her days didn’t faze her. I doubt this’ll count as internship experience though.”

The San Diego Police Department released a statement later that weekend stating the incident was out of their jurisdiction, and “supremely wack.” Despite various student-run Dungeons & Dragons campaigns simulating a raid of “Trashicus’s Treacherous Racoon Base,” there are no plans so far to infiltrate the base and take the dining hall back into human ownership. Warren resident life has announced plans for food trucks to return for the students’ sustenance, as well as “Help Undernourished Warren Students” donation bins in other colleges’ markets for daily essentials.

“To be fair, it’s not all that bad,” says Lanes. “Now they’ve taken over the grill with their cute little raccoon hands, and honestly, the food’s a lot better.” 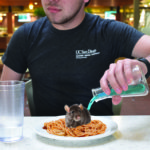 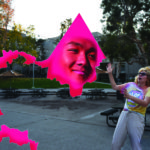