Half of the protest reportedly failed to show up because they “fell forward” instead of “falling back.”
Photo by Silver Wallace

On November 3, residents across San Diego County changed their clocks back an hour to save on daylight. Unlike many others, however, Sarah Krakaowski turned her clocks forward, in an “act of defiance” against the county. The 42 year-old widow and native of Escondido turned her clocks forward 42 hours, one for “every hour that they’ve made me lose throughout my whole life.” Krakowski reportedly could not seem to grasp the concept that turning her clocks forward would actually cost her time.

Her story is one of many; Krakowski is part of a growing movement across the country that “fall-forward” and “spring-back.” The group, founded in 2017, pushes to undo the hours of time that they believe the government has stolen from them. Jessica Chen, founder of the group, explains that the method her group advocates makes more sense scientifically. “Every five year-old knows that when you compress a spring, it springs back not forward! Our current system is a result of the government intruding in our daily lives and spreading false propaganda to unsuspecting citizens.”

These efforts have come to a head at a time when the United States’ unprecedented period of economic and daylight recovery from the 2008 dark age recession is slowing, causing the Federal Reserve to recently lower daylight interest rates. Jerome Powell, chair of the Federal Reserve, announced in a press conference that starting March 2020, clocks will only spring forward 54 minutes instead of one hour. Many advocates of the “fall-forward, spring-back” movement have hailed this move as a small victory, but many financial analysts warn that it signals a dangerous downturn for the economy.

A recent study conducted by the JPMorgan Chase Institute found that over half of American households had less than three hours of daylight saved up. Thomas Cooper, an analyst at the Institute, warns that this economic downturn may hit the American middle class harder than expected. “This could mean that an accident like a solar eclipse or a really cloudy day could put many of these families in financial ruin. This move by the feds can only hurt middle class American families.” No solar eclipse is expected to hit North America until 2024, but areas near the coast will be cloudy on Sunday.

In light of these predictions, Cooper offers some financial advice for struggling households. “I recommend people look into what programs their bank offers because Daylight Roth IRAs have offered significantly larger returns on investments than Daylight Savings for a while now.” 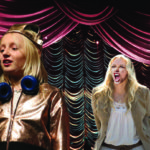 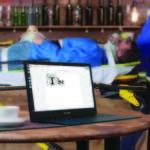 Next Story:
Area Writer Admitted to Jacobs Burn Center Due to Burnout