As a human, I think it’s fair for me to say that our circadian cycle of eight hours of sleep, three meals a day, and work from nine to five is quite unsatisfactory. After 21 years of suffering like this, I had enough. There had to be some other way of life. Over the course of Winter Break, I sought to observe, imitate, and analyze the sleep schedule of dogs and cats, hoping to discover a solution to my arduous days.

I first shadowed my pug, Frank. While the quality of food was certainly a drawback, the rest was nice, especially when we took a nap during the day. One major downside to Frank’s

lifestyle, however, was the ridiculous amount of exercise. Every time he wanted to go for a walk, we would spend over 30 minutes outside, only to get home and play fetch for another hour. It was almost more exhausting than my desk job. Thankfully, dogs don’t have to worry about answering phones, so I got to ignore any calls from my boss. While a dog’s schedule isn’t too bad, I felt like there was still way too much work for my liking.

Now, I think cats are onto something. Following the lead of my cat, Socks, I slept all day and only got up to eat. We lounged in the sun for hours without a worry in the world. The food wasn’t too bad either, although admittedly I was a fan of fish already. Nighttime was when things got a bit more active. He would get up and patrol the neighborhood, which was much easier at night than during the hot, sunny afternoon. The rest of the time was spent on what I like to call “me time,” which included bathing, lounging on the couch, coughing up hairballs, and other forms of self-care.

After the last week of the study, I finally listened to the voicemails from my boss, but I can’t seem to care that I was fired. All I know is that I plan to stick to a cat’s schedule full-time from now on. 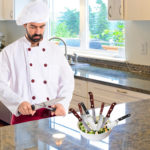 Next Story:
i went on a field trip to the zoo and it was fun but mr. brown made us fill out worksheets