Point: Bus Drivers Should Not Sacrifice a Whole Shuttle of Students for Five Foolish Traffic Violators

The trolley problem: a recurrent topic of philosophical and ethical disputations has now been examined in real life. To everyone’s great disappointment, the bus driver designated the task completely screwed it up.

It was early in the morning when a UCSD bus driver drove a fully loaded shuttle off a highway to avoid five assholes in the road that were looking up at the sky, searching for constellations. Fortunately, none of the students in the shuttle were injured. Nonetheless, none of them had a way to get to their final exam due to the shuttle’s destruction, and unfortunately failed their Metabolic Biochemistry class.

The driver’s irrational decision and the devastating consequences that followed shocked me terribly. Everybody knows what missing a final exam means to a college student! Their dreams of being a doctor or an engineer, ruined. Now those poor students will be restrained to the life of an overly-educated waiter or office administrator.

Thus, the bus driver, who had the steering wheel and all of these students’ lives in his hands, was obliged to choose to preserve the majority of lives. By refusing to plow through the people on the road, he saved the lives of five clearly foolish people but told society that it’s okay to ignore traffic laws. He also ruined a whole 48 lives, rather than just taking five. This is ridiculous!

The students on shuttle, begged for the driver’s mercy so hard, but the latter “just wouldn’t speed ahead, no matter how loudly [they] screamed that [their] GPAs were between a 3.8 and a 3.9.” When the shuttle finally toppled on the roadside, a few students fell to the ground, and wailed out their hearts. It is horrifying that in this country, not only is the majority sacrificed for the few, but society’s ultimate right to punish those who trample on traffic rules with swift execution is also deprived.

For everyone’s right to pursue their happiness in the form of a fancy degree and to live in a safe traffic-law abiding society, I strongly condemn the driver’s irresponsible, impulsive behavior!

Counter Point: The Students in that Shuttle Were Not Even Worth a C-

Last night I received an email from a student asking what would happen if he missed the final exam, “for unavoidable reasons,” per him, “such as a car accident.” I wasn’t totally aware what he meant at the time, six hours right before the incident, so I emailed him back. “I would take that into consideration.” That was my reply.

Now I’m hearing the news that 48 students from my 209-student class have been involved in a classic philosophical trolley problem and thus couldn’t make to the exam. This is ridiculous. I am young, inexperienced, and fighting for tenure, but that doesn’t mean I’m easy to fool.

For instance, it’s not impossible that I happened to have a student on my Snapchat friend list, and happened to see their most recent Story. I kindly suggest that the student in question come to my office, before I email all your pictures of the “broken-down” shuttle and the partying students to the academic integrity office. Seriously consider this for your own good and for my career.

And to the bus driver, kindest regards: I appreciate your godly spirit in trying to save those five people, and I am sincerely sorry that you have been dragged into all these moral debates. I have a question for everyone blaming this nice man from a unilateralist perspective: who ever told you these students could pass their final and survive the class, had they made to the exam on time? 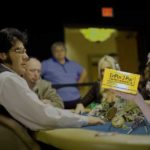 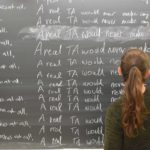