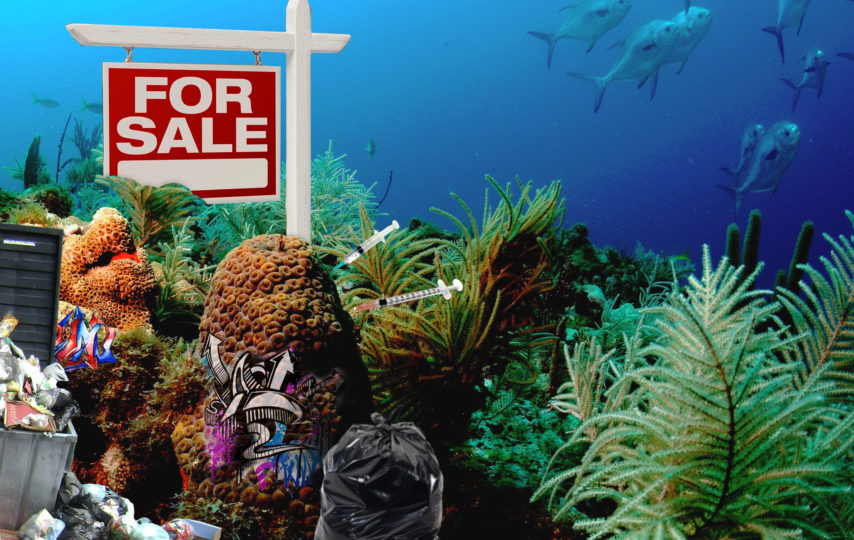 La Jolla Shores Beach was emptied last week in response to a hammerhead shark sighting. Contrary to popular belief and hearsay, the shark had not arrived to eat beachgoers.

In an interview with reporters the shark explained the real reason for his unexpected visit.

“I heard from some leopard sharks down south about this area,” he stated. “Expensive, but apparently quite a view.” The view, in this case, was that of Seal Beach, or even, the shark admitted, La Jolla Shores, “if times got tough.”

“I guess I expected some more colorful coral formations, some interestingly ugly fish, perhaps a floating wreck or two, the way the boys at home go on about it,” he sighed.

“And I ate my real estate agent, I’ll admit. Up here they’re all seals! She was terrible, pushy, and just wouldn’t quit talking. She tried to convince me to buy a shitty tugboat wreck right at the surf line. Back home we live in a freakin’ coral reef. Like hell I’m gonna pay for that.”

A human kayaker weighed in with reporters about the appearance of the shark.

“Yeah, when we first saw him, we were pretty freaked out,” he said as he brushed his frosted hair back over his forehead and guffawed. “I tried to, like, attach my GoPro to him but he swam away pretty fast. Anyway, I got some sick footage of him though! Check it!”

A local fish had a couple words to say as well.

“I was disappointed when the hammerheads decided not to move here,” expressed the La Jolla native of her dismay at the shark’s change of heart. “This is just the neighborhood for folks like that,” she sighed.

“Hammerheads would definitely add to the neighborhood. They are classy folk, a little more discerning than other sharks. God knows we have enough leopard sharks. It’s a shame they’ve decided to go elsewhere.”

The shark finished his interview with a gusting sigh. “I just expected more, but it was an interesting trip. The wife back home is looking for a better school district for the kids and we heard about the curriculum up here … well I’ll tell you, the schools are full of cuttlefish! It’s expensive as hell, just to take a bunch of standardized tests.

“We’ve been looking in Huntington and the like, but there’s too many great whites up there. Pushy assholes who hog all the best food. I want my kids to grow up in a place where they can stretch their fins, test the water. Everybody knows hammerheads are of a higher caliber, a little more learned. We need a place away from all the riff-raff.

“Anyway, I got an offer on the way up here to act in a new movie coming out,” the shark continued. “I forget the name. Something about a shark tornado. I think I’ll go pursue that.”

Residents of La Jolla can rest easy for now knowing that the last thing the shark had to say provided a compelling reason for Californians to continue to seek the comfort of the sea. “The humans up here taste like corn anyways. Too much blubber. I prefer something a little more traditional, less filled with plastic. Much fresher fare in Mexico.” 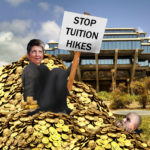